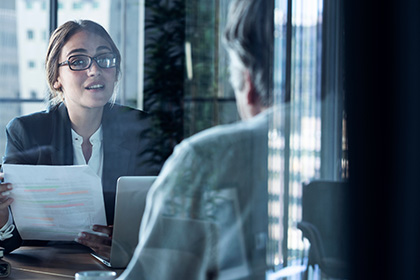 (This story originally appeared in CFO.com.)
By David DeMuth

For two years, CFOs and controllers have managed supply-chain disruptions and labor shortages, as well as surging prices. Typically, these developments could require most manufacturers to raise prices to survive.

In Q4 of 2022, there is a looming recession. The generally accepted definition of a recession—two consecutive quarters with a declining gross national product—actually happened this summer. Yet, the National Bureau of Economic Research, which is the official scorekeeper, hasn’t made the proclamation.

If manufacturers are feeling the pain today, the next six months are going to leave a mark.

To mitigate the pending credit squeeze, here are five things manufacturers need to do today:

Plan Ahead Before It’s Too Late

Most manufacturers that have been in operations for less than 10 years have never experienced a recession. For smaller companies making less than $100 million annually, that often times means month-to-month finances. No planning. No forecasting.

A recession will expose that deficiency. A better planning process would allow manufacturers to estimate revenue and mitigate future obstacles before they hit. Financial planning and analysis (FP&A), which takes a quantitative and qualitative approach of every aspect of operations, is mission critical for every economic climate, especially a recession.

Generally speaking, you should borrow money when you don’t need it. Before a recession really lands its wallop, manufacturers should increase their lines of credit because they may need it when the market gets tougher during the next six months.

A liquidity assessment is one of the top reasons a manufacturer would need to perform proper planning and forecasting. Ultra-thin profit margins require the need to raise or borrow capital for investment before you really need it to maintain continuous operations. And, if the economy doesn’t turn as projected, then you’ll have more dry powder on hand.

If you wait too long amid a looming recession, however, you will put your company in a situation where you really need capital at a time when banks are feeling the stress. In the best-case scenario, procrastination will cost you in the form of higher interest fees for the same amount of capital. In fact, you may have to go the nontraditional route and use asset-based banking. For an even higher rate, they will lend you capital based on your balance sheet, including items such as working capital, accounts receivables and inventory.

You have between now and the end of 2022 to sure up your liquidity needs. Then, get back to planning three to five years out, using the last two years as a benchmark.

As we move into a recession, manufacturers need to follow the money—no matter where it takes them—and evaluate the need in an attempt to conserve capital. Management should look at line items that can be eliminated or reduced.

Maybe you should negotiate a better deal with your suppliers. Perhaps you hire temporary workers instead of fulltime employees.

On the revenue side, you should consider increasing the price on high value-added products. If you are not keeping up with inflation, it will catch up with you in the long term.

Begin the process by finding appropriate benchmarks. What are your competitors doing in this market?

Every industry has benchmarks. While it may be more difficult to evaluate with privately held companies, you can take advantage of industry associations. They often provide networking opportunities, ranging from manufacturers to suppliers. Associations also provide member surveys that can be quite valuable.

Reviewing the financials of publicly traded companies is another option. Yes, they may be larger than your company, but they face the same issues.

Smaller manufacturers, especially ones that have never endured a recession, tend to be deficient on cost accounting, which focuses on a business’s costs. This type of accounting, which is mission critical for manufacturers with diverse products lines that scale, helps operations 1) determine pricing and profit margins, 2) identify cost efficiencies and 3) improve accountability and decision-making.

For example, cost accounting takes into consideration fixed and variable costs. If a manufacturer’s operations team in only considering the cost of materials to make a widget—and leaving out the associated labor and overhead—that’s going to be a problem. It’s very difficult to make a profit when you sell something with an unknown cost.

To underscore the importance of tracking product margins, the Pareto Principle, known as the 80/20 rule, states that 80% of consequences (outputs) come from 20% of causes (inputs). From a manufacturer’s perspective, 20% of the products earns 80% of the company’s revenue, which makes it more important to know what every product in the SKU really costs.

Manufacturers can’t afford to fly blind, waiting six weeks for the Finance Department to close the books. That’s too long to sit on your hands before you know how you did last month.

You must implement a system that turns information into knowledge so management can make better, timely decisions about operations. Create a new process that enables you to close in eight to 10 days, which allows management to receive a report during the third week of the month. Then, assign responsibilities so every team members understands what is expected. More importantly, set up a review process that will allow you to find efficiencies and make adjustments to help you endure 2023.

(David DeMuth, who is a co-founder of CFO Consulting Partners, leads the firm’s Manufacturing practice, as well as the Turnaround and Restructuring Advisory practice.)